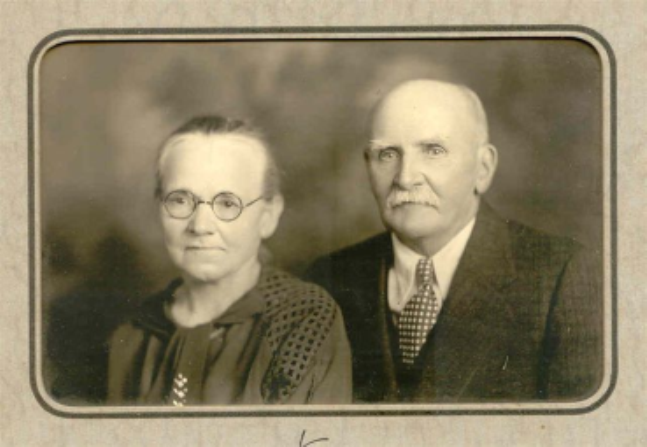 Joining the great German immigration to America in the 1880’s, Henry Schmidt (17) and Eva Stieglitz (15) arrived on the eastern shores of this country in 1882 and 1884 respectively.  They met in Westside, Iowa where Henry was employed as a farm laborer and were married in December, 1887. Two children were born and died there.  In 1894, the couple purchased a farm in Osceola County, and during the next 29 years they built a house, barn and other buildings, raised two additional children and acquired more land.  Henry and Eva retired to Sheldon in 1923. At that time, a bare field to the south separated their house from the tracks and many railroad tramps received a warm meal at the Schmidt home. 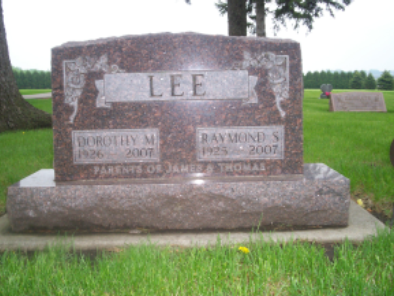 Raymond was born in Plymouth County near Le Mars. He grew up in Le Mars and graduated from the Le Mars High School in 1943.  After graduating, Raymond enlisted with the United States Marine Corp and saw action in Iwo Jima and in the occupation of Japan. After his discharge from the service in May 1946, he returned to the Le Mars area, where he was united in marriage to Dorothy Hansen on April 27, 1947.

Raymond was employed with the Iowa Public Service as an Electrical Utility Worker in Le Mars until he transferred to Sheldon in 1960. 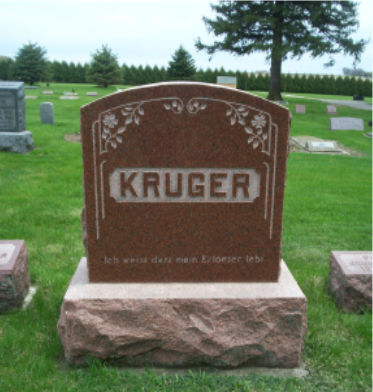 John was born in Germany and served in the German army until 1887 when he came to America and located near Hartley.  Bertha was the daughter of Mr. & Mrs. Henry Year of Prairie Du Chien, Wisconsin.  When Bertha was 18 months old, the family moved to O’Brien County in a covered wagon and located in Center Township.  Bertha and John were married on July 10, 1890 and moved to a farm in Section 11 in Center.

They became parents of eight children.  Little Henry was child number two and was baptized in Immanuel Lutheran in March, 1893.  He died in May of the same year.  The remainder of his  siblings were baptized and confirmed at Immanuel save the youngest, Alfred, who was confirmed at Sheldon where John and Bertha retired in 1919.