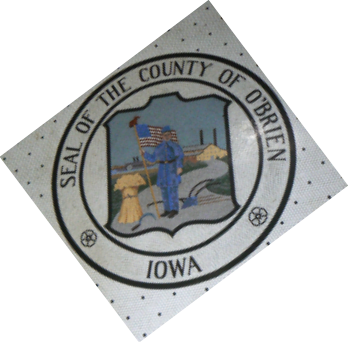 In 1850, the Iowa State legislature appointed a committee for the purpose of giving names to 50 of its counties. The committee named some of the counties after the   patriots of Ireland and hence O’Brien County was named after William Smith O’Brien, a leader of the Irish revolt in 1848.

The first village in the county was platted by surveyor J.H. Davenport.  The 40 acres was purchased from Henry Tiffeys in Waterman Township.  Mr. Waterman had refused to sell 40 acres of his property so the original courthouse, located on his land, needed to be moved.

When B.F. McCormack arrived at the county seat in 1872, it consisted of two general stores, a blacksmith shop, the Inman Hotel, a school house, 8 residences and the O’Brien County Pioneer.

The village never developed into a real live town because it was located in the far southeast of the county and was inconvenient for serving as the county seat.

The citizens of Waterman Township became concerned about creating a public cemetery in February 1873, as the population of the area was increasing. A meeting was held at the brick schoolhouse in O’Brien Village.  H.A. Sage, owner of the  Niagra Store, a general mercantile, was instructed to contact the railroad company about the possibility of purchasing ground in  Section 35 of Waterman Township, about halfway between Dutch Fred’s gravesite and the old village site. Perhaps the railroad  wouldn’t sell, or the grasshopper infestation put the brakes on the project, as this idea apparently did not materialize.

A Man Wakes Up Covered in Mystical Symbols

“A young man, 34 has just lived the most terrifying experience of his life.  When he woke up, on Tuesday morning, he noticed that his body is covered in weird symbols, mainly on his torso and forearms.  He first thought it was a bad joke made by his fiancée, with whom he had spent the night, but she was as stupefied as him.  Worse, the markings cannot be cleaned off; they seem engraved in his skin, even more than a tattoo!

“I spent the evening with my fiancée.  No one could have come in the bedroom.  And I think I would have felt someone doing such a thing to me!” he explains.

He then decided to go see a doctor, who doesn’t understand a thing. These marking were not made with ink.  It’s strange, they almost seem like birthmarks.  He then decided to go see the priest at the local parish, hoping to find signification to all these symbols.  The man of faith then got carried away, seeming almost crazy talking about curses and demonic possession and loss of spirit.

The investigation continues to try and break through the mystery, but men of science and of church stay puzzled in search of the real significance of this strange phenomenon.”

“The 34-year old man who woke up covered in strange symbols died this morning after falling off of a horse.  The mystery remains concerning the mysterious body markings, and he now takes them to the grave.  We present our condolences to his family.”

veterans.  After the Civil War, Union veterans  received special homestead rights.  They had the right to claim 160 acres within railroad grant areas.  Other  homesteaders could claim only 80 acres.  Also, veterans could    deduct their length of Civil War service from the five year  residence needed to prove their homestead.  This ruling brought many civil war soldiers to Iowa in the 1870’s.

On January 12, 1888, a blizzard broke over the center of the North American continent. Out of nowhere a soot gray cloud appeared.  The air grew still for a long, eerie measure.

Then the sky began to roar and a wall of ice dust blasted the prairie.  In three minutes, the front subtracted 18° from the air.  Then evening gathered in and temperatures kept dropping steadily in the northwest gale.  Before midnight, wind chills were down to 40° below zero.  By morning hundreds of people lay dead on the Dakota and Nebraska prairie, many of them children who had fled -or been dismissed - from country schools at the moment the wind shifted.

Here in O’Brien County, the storm arrived in the late afternoon.  In its first dash, it was not so fearfully cold, the snow was damp and slushy, and the thermometer read 20°.  Snow came down in slush, the wind blew a gale, the snow sheets were in fact more like snow bed quilts. The snow was so thick that it was literally overwhelming, dash after dash.  It was not only an effort but a struggle to get into one's own house even from his own yard. This was at  dusk.

Later on in the night, the colder wave struck and the thermometer went down to 36° below zero, a change of 66°!  It froze this slush to ice. The wayfarer became exhausted in the first struggle and ten persons lost their lives in O'Brien county in that awful night of storm.

Frank X. Derby, county treasurer, at that time lived in the south part of Primghar. In an effort to get home from his office, he  had an awful experience.  He would have failed had it not been for two items. His wife had placed a light in the window. But even this would not have saved him had he not by accident run into the wire fence, which he held fast to and followed the wire.  Even then as he entered his house, he fell exhausted on the floor. 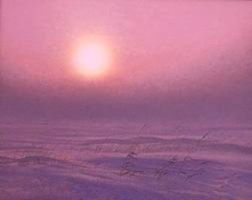 William H. Bilsland, a homesteader in Carroll township, had a fearful experience and his two sisters, Jennie, aged 25, and Tillie, aged 22, met their sad fate in death.  He had made a trip to court at Primghar.  The two sisters were at the father's home on the road. They undertook to go home with him in the sleigh.  The blizzard struck them with full force, and the horses refused to go.  Indeed they could not in such a gale and blinding storm. The sleigh tongue broke, and the horses were detached.  An effort was made to ride the horses, but that was unavailing. The sisters became exhausted. They dug as much of a hole in the snow as they could for a possible shelter until morning.  Mr. Bilsland wrapped his own fur coat around the two, but, sad to record, it became their 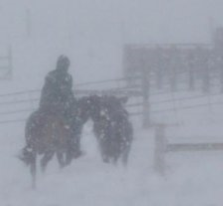 blizzard grave and the blinding snow their winding sheet.  Mr. Bilsland himself struggled and floundered on, throughout the whole night, lost his direction and finally in the morning found himself miles away from his supposed position.

In Dale township in the same storm, Airs. Anderson and her very aged mother and ten year old son were found in the snow drifts dead. They, too, had become frightened and left their home to escape, as they thought, to a neighbor's. The cloak of Airs. Anderson was found where she had tenderly wrapped it around the mother. George C. Godfrey, of Paullina. and his two neighbors, Isaac L. Rerick and L. A. Douglass, were caught in this storm going home from Primghar, and struggled for hours, but luckily followed a fence which led to Mr. Godfrey's house and escaped.

Other blizzard tales are included in the cemeteries of Prairie View and Friends.

The Homestead Act of 1862 granted an individual up to 160 acres of free public land.  The prospective homesteader required that the person be a head-of-household or a single person over 21 year of age.  The person also had to be a citizen of the US or file his intention be become one.  After the claim was filed, the person had to begin living on the property within 6 months and live and improve the property for five years following.  Settlers often staked a homestead and then purchased additional acres.

The grasshoppers and the county debt were twin scourges of 1873 - 1879.  These grasshoppers were not small, tame ones but rather “rocky mountain locusts.”  When they arose in the millions, they formed great clouds that would literally dim and cloud the sun.

In 1873 during an especially dry year, the hot winds “roused them in a clash and movement of a million wings.”  There were so many upon the land that an entire field of corn would be consumed within a day.

In 1875, the State Legislature made a donation of $50,000 toward seed corn to be given to the most needy farmers in the northwest counties.  In 1876, the O’Brien County Supervisors cancelled all property taxes because the citizens couldn’t pay them.

“The people were very grateful for the relief measures as they actually determined the question whether the homesteader would or could stick for another year, or dig out, as the expression went. Probably, however, like the prairie sod, the homesteader, the Indian, the pioneer, the grasshopper in the millions, these conditions only happen or occur but once. When done and gone they were gone forever. Therefore they were historic.

The Urban Legend reigns!  Internet folklore tells that an elephant died in Sheldon.  They claim it was buried in Hills Park and later the bones were disinterred in order to be displayed at the Prairie Museum. Further research traced the story to the fact that the elephant was most likely a horse! 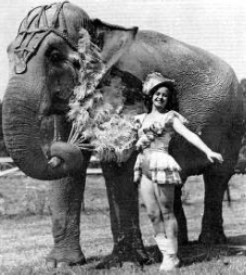 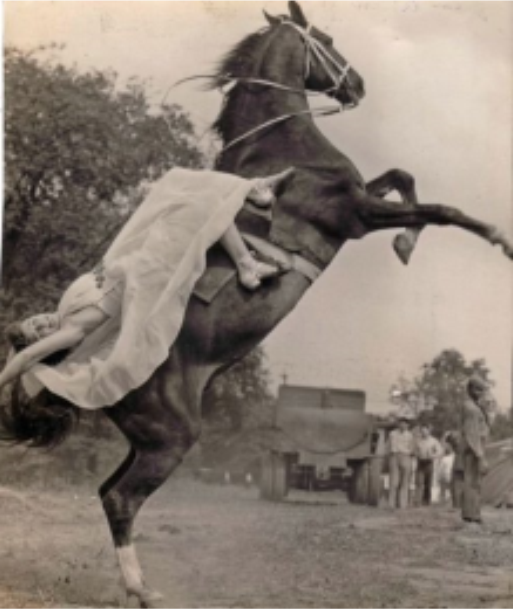 Sheldon was fortunate to be geographically located so that circuses came to Sheldon on their way to Sioux City, Sioux Falls, and Des Moines.

At one time, in the early days, a horse became sick and had to be left with the veterinarian Dr. L. U. Shipley.  The horse died and was dragged to the Robison sandpit for burial.  The sandpit is now known as Hills Park.  When Dave Robison visited here in 1970, he identified the place where the horse was buried.  It was rumored that an elephant was buried at Hills Park but Mr. Robison established the fact that there was no truth to the story.  It was just a circus horse.