The Lutherans in Center Township were organized into a small congregation in 1881.  By 1885,  a church with a 65’ tower was built on two acres of land owned by Michael Steuck.  Two years later six acres of land across the road were purchased.  Five acres were set aside for a pasture and one acre for the cemetery. 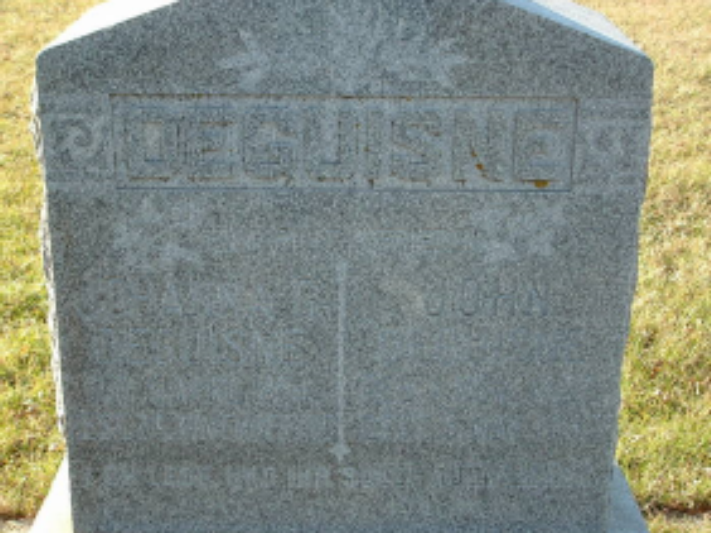 Reverend Deguisne was the pastor at Immanuel from 909 - 1919.  His wife died in 1917.  After World War I erupted, Pastor Deguisne was warned several times that he would be “tarred and feathered” if he continued to preach in the German language.  His son, Immanuel, began his ministry in the congregation preaching in English until leaving the area in May, 1920. 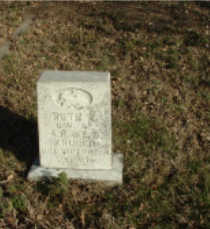 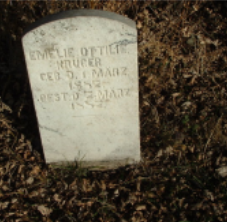 John and Bertha Kruger, both from Germany, married in 1870.  They lived in Center Township and had eight children.  Many headstones bearing the Kruger family name can be found in the cemetery.
Another young child, Paul Martin Thusius, son of Rev. Carl and Emma Thusius was born January 10, 1892 and died the same day.  Rev. Thusius was a minister at Immanuel until 1892.
The most common animal symbol found on a child’s grave is a lamb.  The use of the lamb signifies purity and innocence.

Like so many others, Frederick Gottlieb Steuck and his wife Henrietta left Germany in 1880 hoping for a better life in America. They purchased land in Center Township.

In 1888, Fred purchased an eighty across the road to the east from the railroad land company.  Two children died - one year old Anna in 1890 and 14 year old Carl in 1899. Both were buried in this cemetery.  In June of 1900, Fred and Henrietta sold a 20 x 8 rod parcel to Immanuel Lutheran and a second cemetery (Steuck Family Cemetery) was begun. Fred and Henrietta were buried with their children.