History, Heritage and the Future

In 1884 Michael Steuck, great grandfather to LeRoy Steffens of Hartley, buried his mother, Anna Steuck on the family farm in Center Township, OÕBrien County, Iowa. She was the first in the family to be buried in the privately owned Pioneer Cemetery. Born in 1819, Anna became a war-widow in Germany. She brought her children to the United States and built a life in OÕBrien County, Iowa. Since 1884 thirty-six more family members have opted for burial in the family cemetery. Familiar names like Guse, Brandt and Brinkert rest there. Steffens says that any family member able to prove the relationship can be buried at the Steuck Prairieland Cemetery. To be a Pioneer Cemetery, according to Iowa Law, there must be fewer than 12 burials within the most recent 50 years. Steuck Cemetery was one of the first Pioneer Cemeteries in OÕBrien County to benefit from volunteer efforts to restore, preserve and take care of the existing pioneer cemeteries in OÕBrien County. Its stones were straightened and repaired in 2019.  In keeping with its mission, OÕBrien County Cemetery Preservation Association (OCCPA) just completed erecting the directory and sign for the cemetery. The cemetery is located at 3646 Tanager Avenue, a half mile south of B24 on Tanager Avenue. It lies in a Hartley address in the HMS school district. The cemetery can be easily found. Its two lone pine trees can be easily seen from the blacktop (B24) or from the south on Tanager Avenue. Now the rustic directory also stands out proudly, drawing attention to the resting place of family members gone before us. Steffens chose a name for it. The .45-acre Pioneer cemetery is now registered as the ÒSteuck Prairieland Cemetery.Ó LeRoy reminisced a how he learned about the plant life thriving on the cemeteryÕs land. ÒI knew Charlene (Elyea) from out at the Prairie Heritage Center. ÒOne time when I was out there I asked her about all the flowers. She took the time to come out and look. She identified 27 varieties of native prairie wildflower varieties.Ó He thinks this occurred back in 20011 or 2012. Steffens went on to share how Elyea brought her dad, the late, Rev. Theodore (Jackie) Letzring to the site. He spoke German. He took the time to translate the German inscriptions on many of the gravestones. Steffens still has those translations. Their preservation and display may become a project of OCCPA.   LeRoy, the current owner and long-time caretaker plans for that to be his place of eternal rest. The cemetery came back into his ownership after a cousin sold the family farm and the buyer was informed that the cemetery could not be plowed up. Steffens plans to pass the cemetery on to his son. 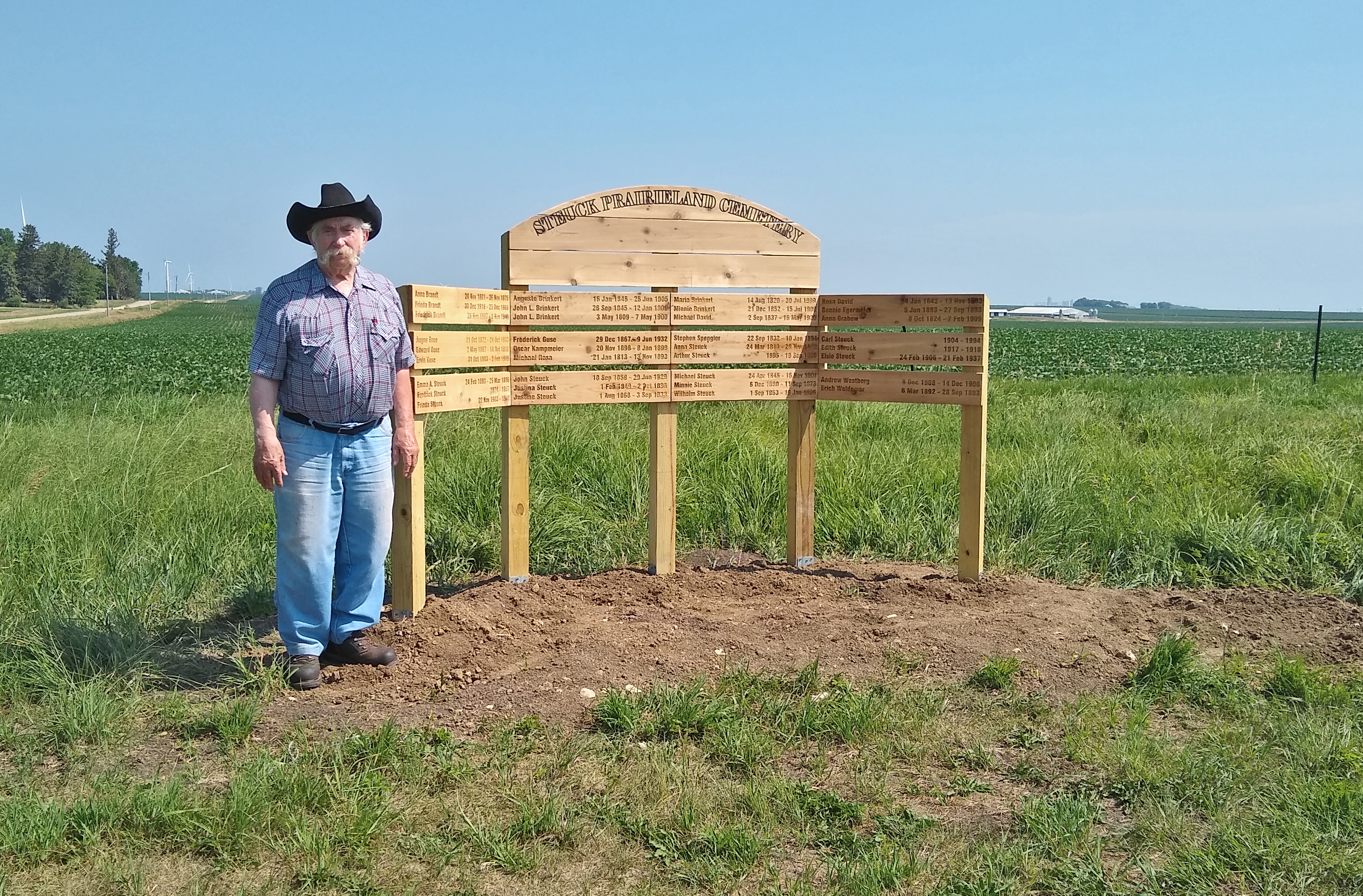